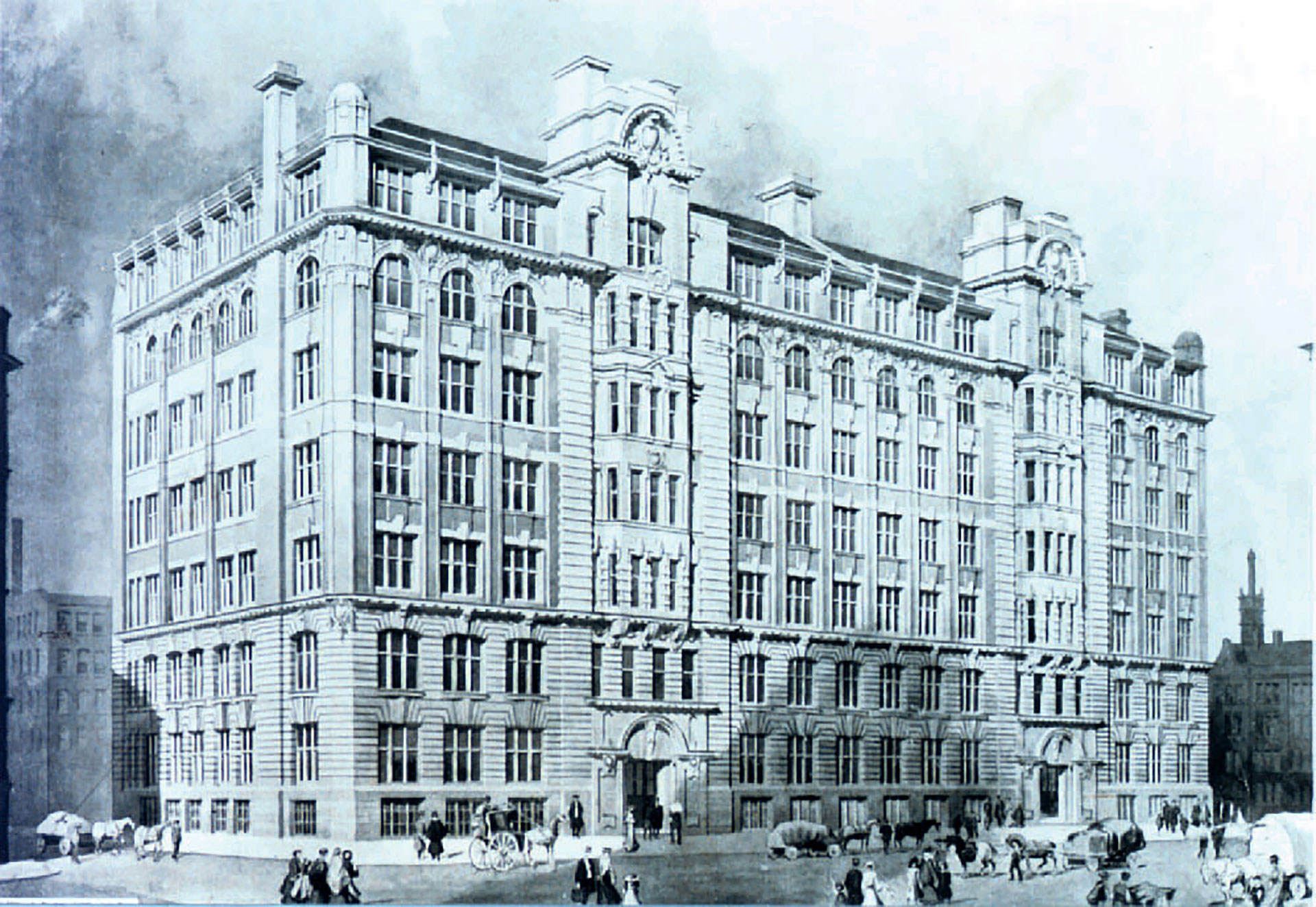 1896 - 1935
Fairhursts Design Group is established
Practice established by Harry S Fairhurst in response to the need for city centre offices and warehouse buildings to accommodate the growing number of packing and storage companies vying for work with the opening of the Manchester ship Canal in 1894. Harry S Fairhurst proved to be the man to design them. These were innovative buildings using steel frames with stone and brick facades, aimed at maximising productivity within. WWI saw a brief foray into aviation buildings before settling back into creating Manchester as we see today, with notable buildings lining the length of Whitworth Street, such as Lancaster & India House, and Ship Canal House in King Street.
Image - India House 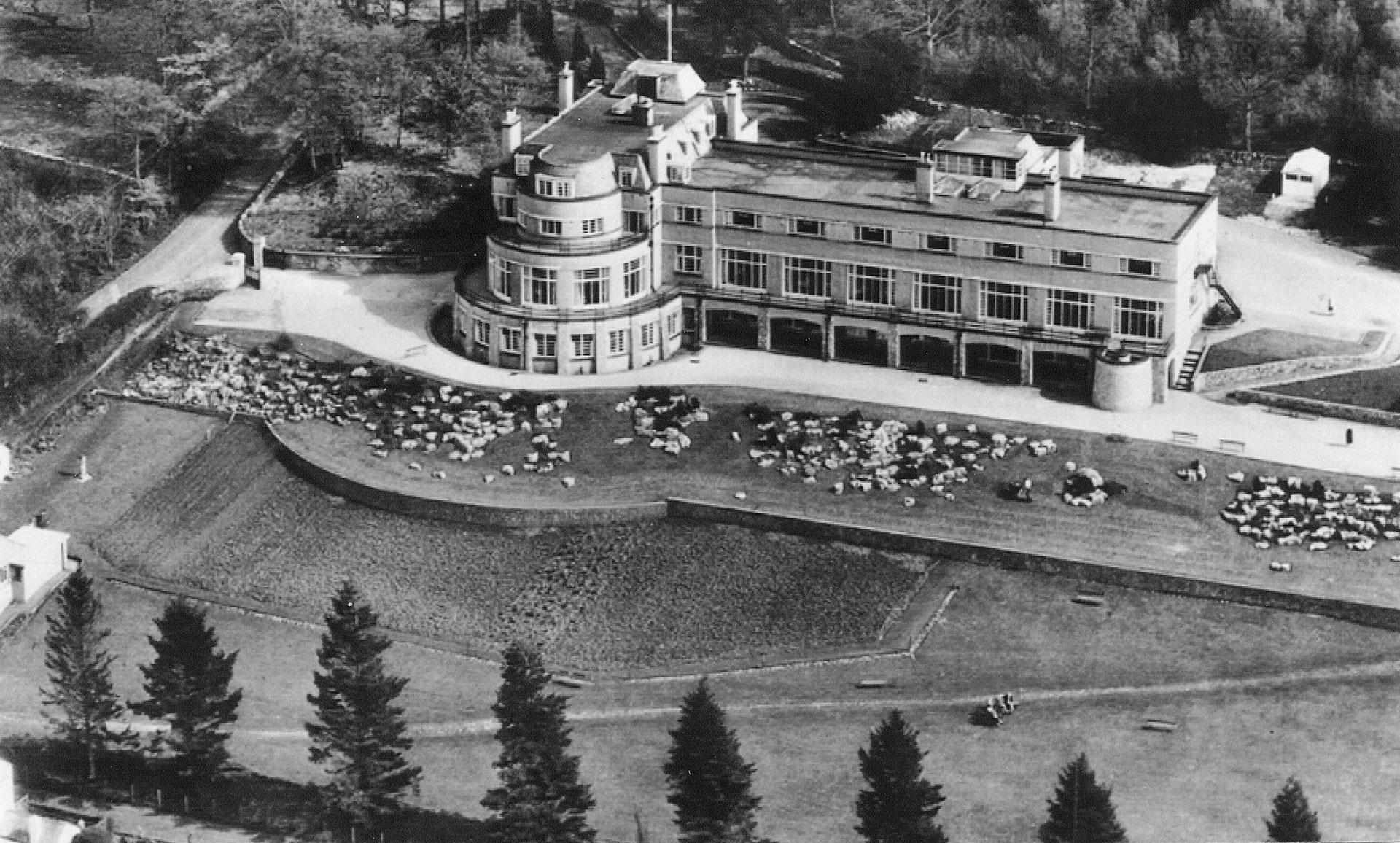 1935 - 1955
The Group ventures outside Manchester in the North West of England
A slow climb back from recession following WWI, meant that the building industry had stagnated, and the Practice ventured beyond the centre of Manchester to find new work other than the patching up of damaged buildings. Two notable buildings of this period were premises for Thomas French and Son in Hulme and a convalescent home in Arnside for the Manchester and Salford Hospital Saturday Fund. Both of these were built in the Art Deco style, and the latter still in use in the 1990s.
Image © Arnside Convalescence Home 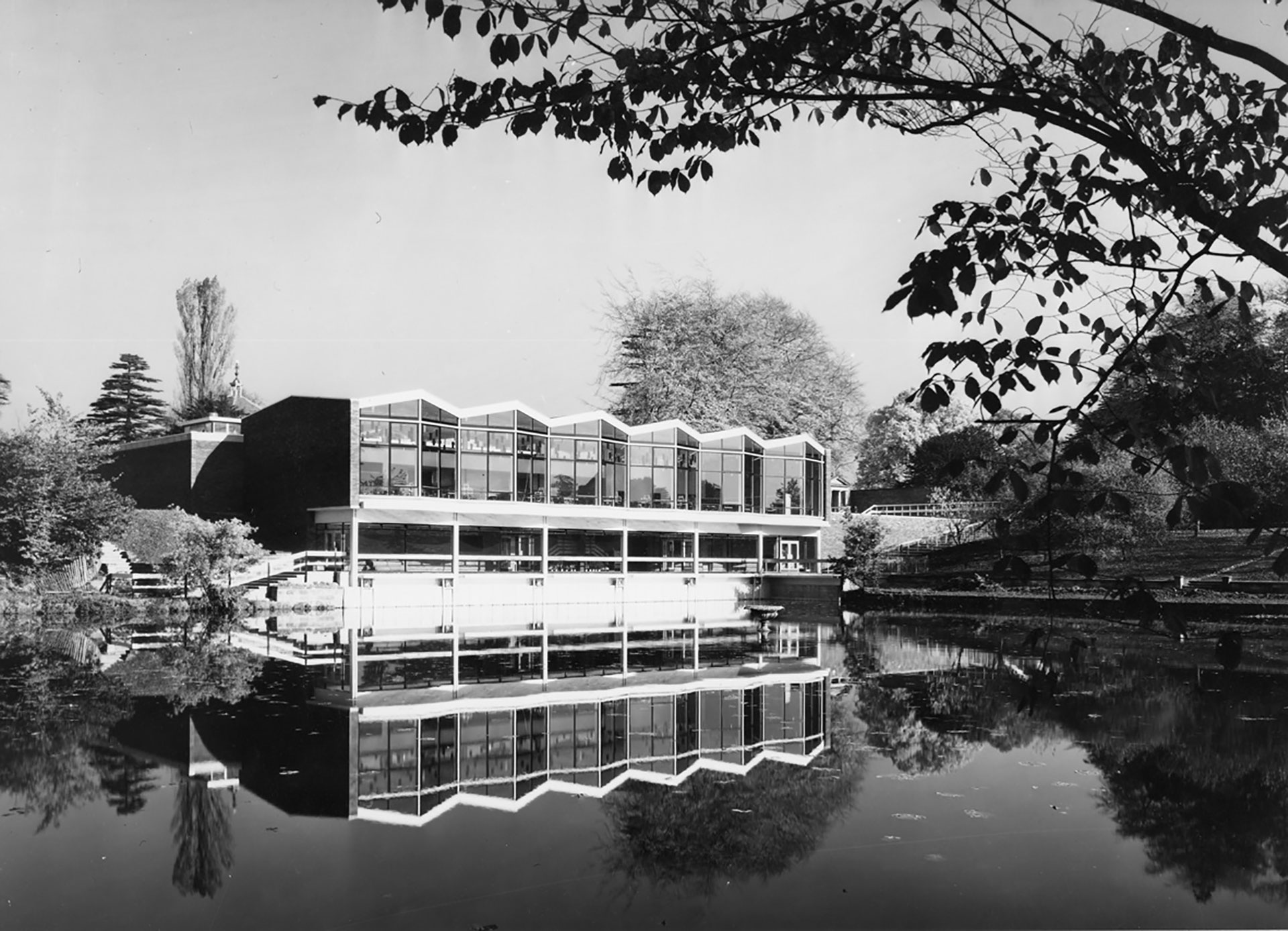 1955 - 1975
New commissions in Greater Manchester focussing upon the Universities, Alderley Park and the Manchester suburbs
In the late 50s and early 60s confidence grew in the construction industry. New industries producing new materials developed through research evolved, and the practice gained links with developing industry and educational establishments. Work in this sector started with ICI Alderley, which set the benchmark in modern thinking; a pharmaceutical park full of high technology laboratories fed by the graduate knowledge base of Manchester's growing Universities, which increasingly played a major role in ongoing commissions accepted by Harry S Fairhurst.
Image © Alderey Park Restaurant/ Schuster Building / British Leyland 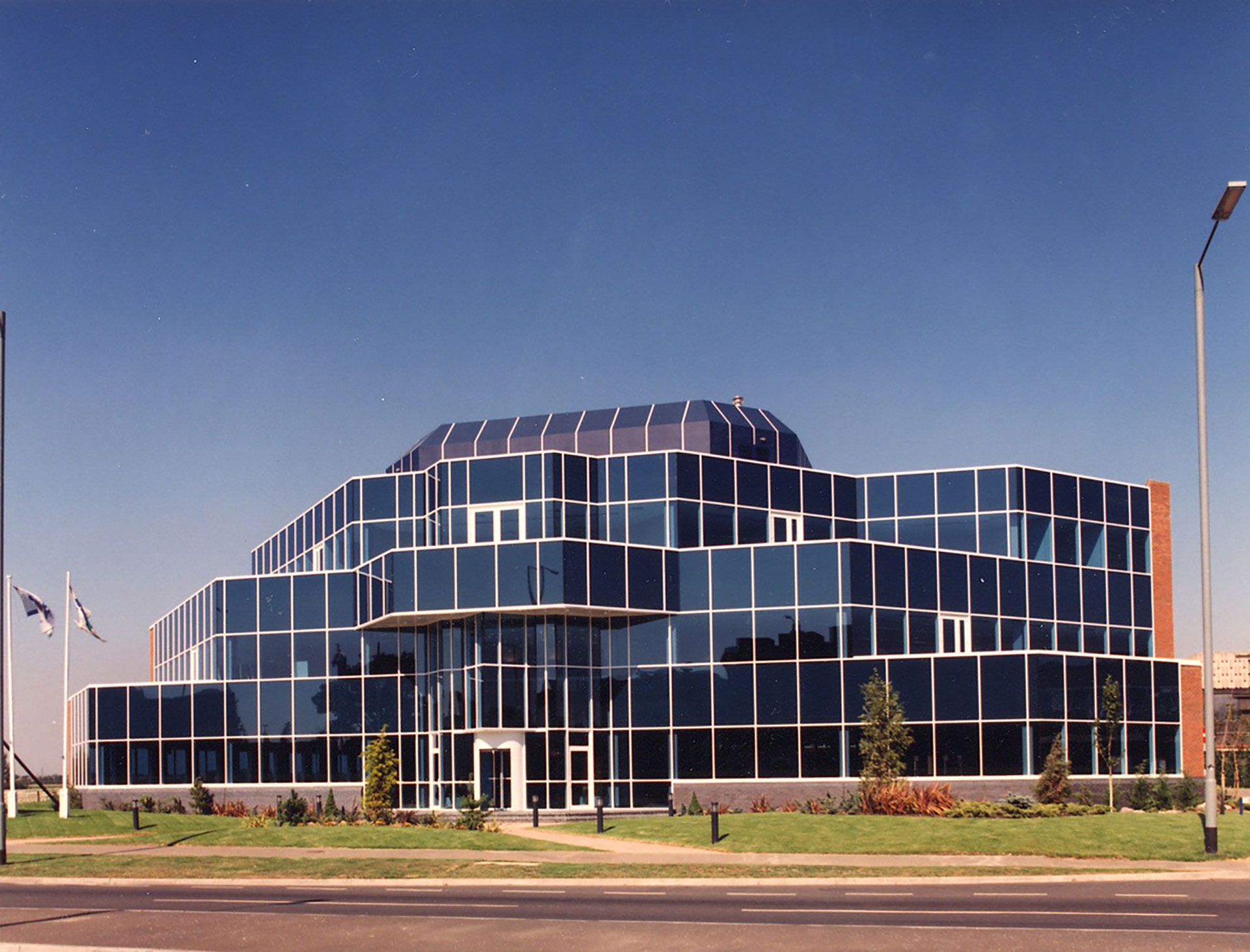 1975 - 1995
Last of the Fairhurst family retires and the company name changes to Fairhurst Design group. The company ventures further afield in the UK
Commissions became significantly larger and were accepted further afield, initially in London, working with blue chip clients and banks on HQ buildings. At the same time schemes were developed for Bury Market Hall, Leyland Bus Factory, & homes for both Boy George and Bernie Ecclestone. In 1981 the last of the Fairhurst family retires and the Practice name change to Fairhursts. The business had changed yet the type of clients it represented remained the same, business, commerce, medical & universities. Fundamental to future work, this period also saw the beginning of the development of Dock 9 at Salford Quays, and ventures into Europe. In 1992 Fairhursts changed from a Partnership to a Private Limited Company and became The Fairhursts Design Group.
Image © Heathrow Boulevard, London 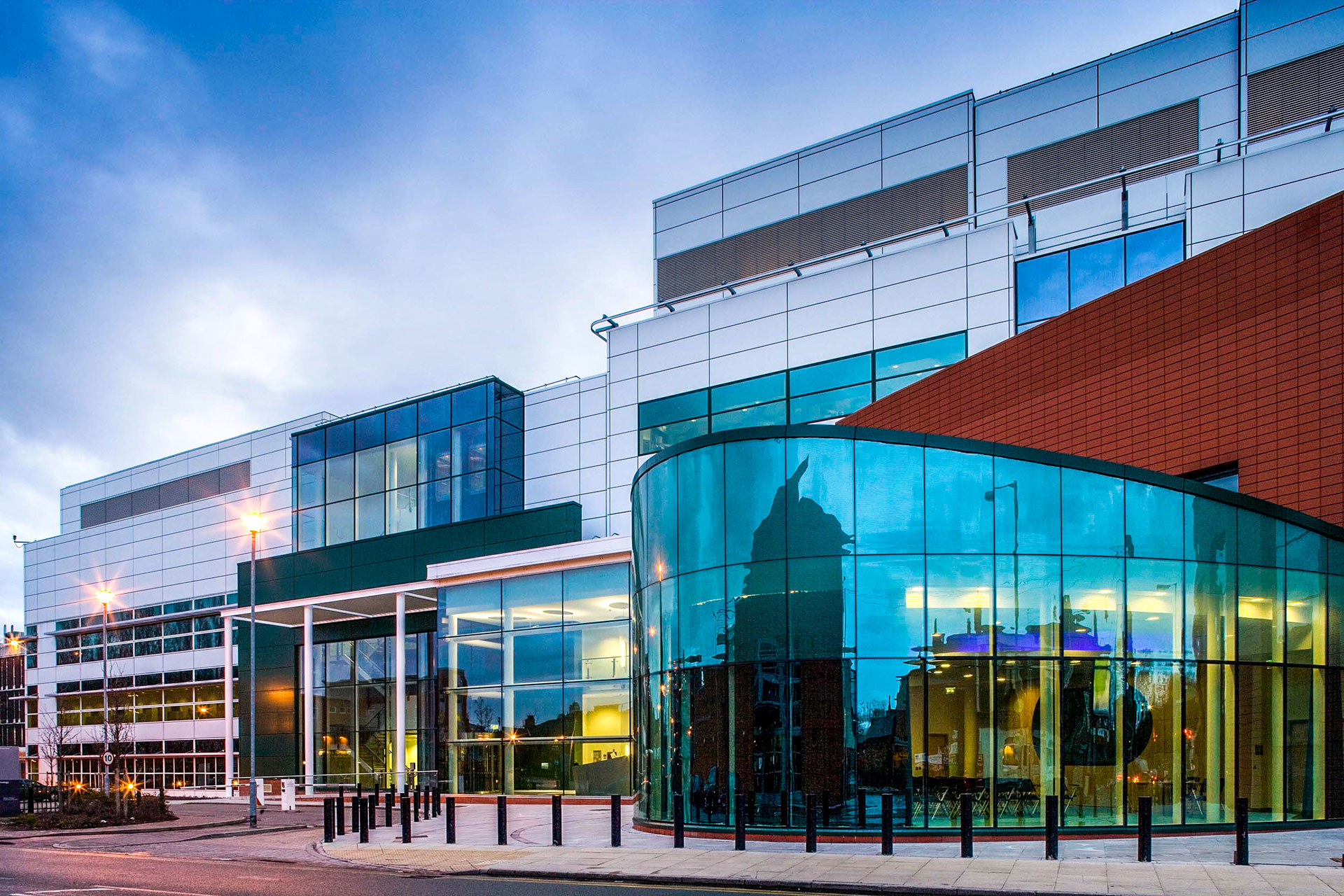 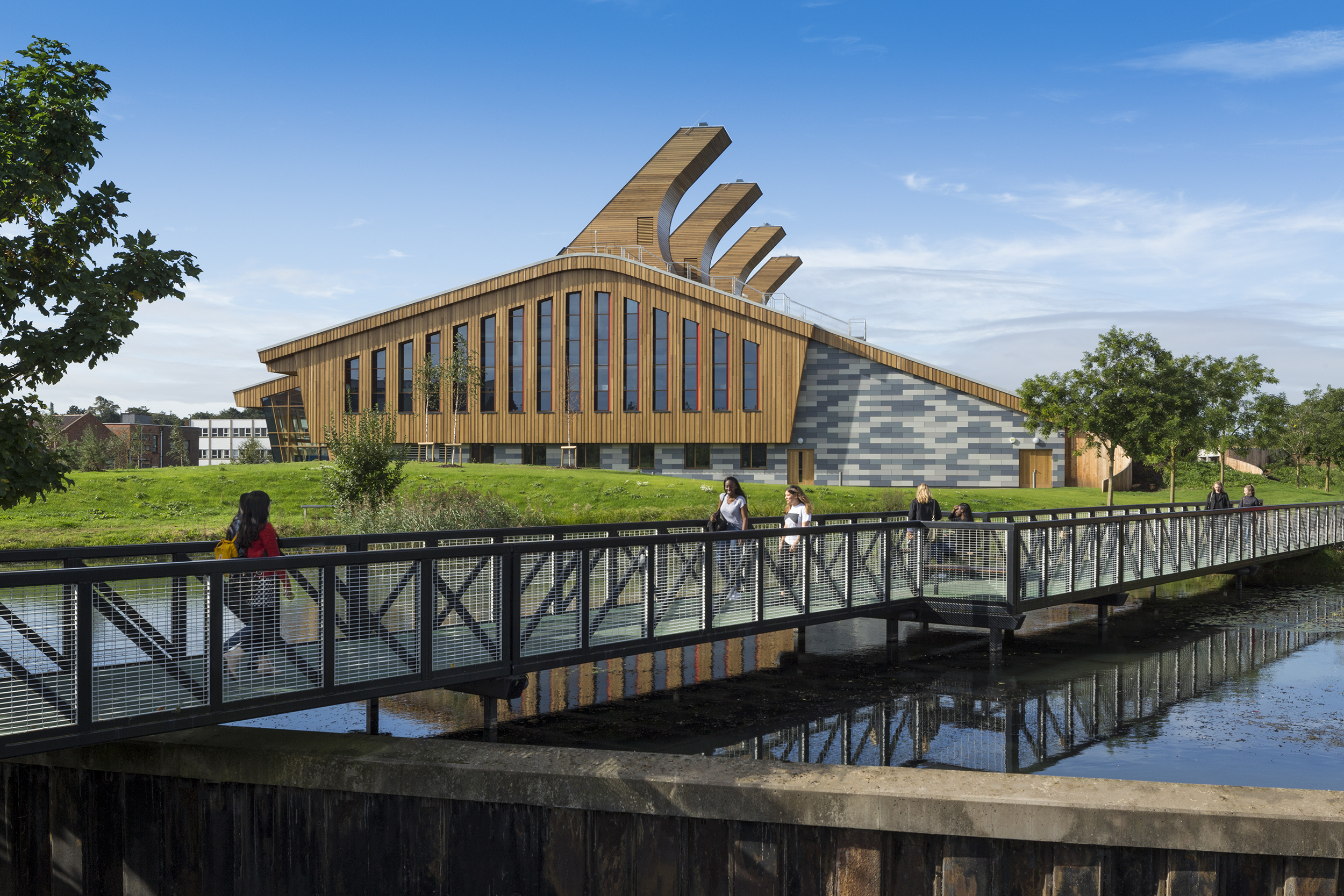 2005 - present
Science & research leads the way into sustainable design
In 2008 FDG took over Cruickshank and Seward Architects, another longstanding Manchester practice with considerable catalogue of projects. Fairhursts expanded their empire overseas further with the opening of an associated office in UAE and partnership arrangement with an architectural practice in China.
Projects within the scientific and research sectors continued to boom, with more investment in sustainable design, culminating in our multi - award winning Centre for Sustainable Chemistry at Nottingham University.

Your browser is out-of-date!

Update your browser to view this website correctly. Update my browser now